Fabio Quartararo is a remarkable talent with an inspiring success story.

He was already a much-tipped name at the start of his Grand Prix racing career. ‘El Diablo’ entered the Moto3 class in 2015 aged just 15, as the previous rule against participating in the Moto3™ World Championship until the age of 16 had been repealed that year. Being the 2013 and 2014 FIM CEV Moto3 Champion, the Frenchman was considered a title threat from the very beginning. Like many had predicted, he impressed from the start and already stood on the podium in just his second race, at the Circuit of The Americas. He repeated this feat in Assen after claiming pole at both Jerez and Le Mans. Unfortunately, a late-season ankle injury halted his progress, but he still finished the year in tenth place in the overall standings. It was the first sign of a booming career, though it wasn’t always an easy ride.

HHe took thirteenth place in 2016 with the Leopard Racing team in the Moto3 class and repeated this ranking in 2017 with Paginas Amarillas HP40 in Moto2, again without any podiums. However, his impressive pace throughout his intermediate class debut saw him join the Speed Up Racing team for his sophomore season.

It was in 2018 that he made big strides in the Moto2 championship and beyond. He took his first intermediate class pole and GP win at the Circuit de Barcelona-Catalunya. He followed it up with a second place at the TT Circuit Assen and ultimately took a top-10 finish in the final standings. In August 2018, it was also announced that Fabio would join Franco Morbidelli the next year at the newly created Yamaha satellite team, Petronas Yamaha SRT. A big challenge – but the Frenchman was ready for it.

What followed in 2019 was nothing short of remarkable. The number-20 rider was keen to show those who doubted him what he was really capable of. He silenced the nay-sayers by taking an incredible seven podiums and six pole positions. He also wrapped up the season as Rookie of the Year, winner of the Independent Riders’ Championship, and fifth in the overall World Championship.

Still missing his elusive debut win in the premier class, that became his key target for 2020. Despite the calendar changes due to the global Covid-19 pandemic, he didn’t have to wait long. Fabio dominated in Jerez in July, opening his campaign with a double win. In Catalunya he scored his third victory, but he struggled to carry the same performance through to the end of the season. However, over a total of 14 GPs he secured nine front-row starts, four of them pole positions. It was clear the French prodigy had the speed, so now he would be aiming for consistency to secure his first championship title.

In 2021, Fabio fulfilled two of his dreams in one season: following into the footsteps of his idol Valentino Rossi by joining the Monster Energy Yamaha MotoGP Team and becoming World Champion. He did both in style. From his first win with the Factory Team at only his second race with them, he went on to secure nine more podiums, including four wins, to grab the MotoGP World Championship Title with both hands at his very first opportunity to seal the deal at the Emilia Romagna GP. With also the 2021 BMW M Award to his name, Fabio was the man to beat heading into 2022

Though he didn’t enjoy a perfect start to the season, the reigning World Champion soon found his feet again. A second place in monsoon-like conditions in Indonesia boosted his confidence. A dominant win at the Portuguese GP then catapulted him to the top of the standings, a position he kept all the way until the Australian GP. The first half of the season yielded six podiums, including three race wins (Indonesian GP - 2nd, Portuguese GP - 1st, Spanish GP - 2nd, Italian GP - 2nd, Catalan GP - 1st, and German GP - 1st), but the second half of the season proved an uphill battle. A long-lap penalty (given for a race incident in the Dutch GP before the summer break) ended Quartararo’s chances for a place on the rostrum at the British GP. Though he bounced back with a second place at the Austrian GP, the Yamaha rider met with further setbacks and some mild injuries due to race incidents, sustaining skin abrasions during the Aragon GP race and a hand injury during the Malaysian GP weekend. Despite this, Quartararo still scored a strong third place in Sepang, which kept him in contention for the MotoGP trophy down to the wire. El Diablo put in his all at the Valencia GP and finished the final round just off the podium in fourth place. He completed the season as the Vice Champion, just 17 points short of the title.

The rollercoaster experience of 2022 has left Quartararo hungry for the taste of glory in 2023. He only has one thing on his mind: win the title. 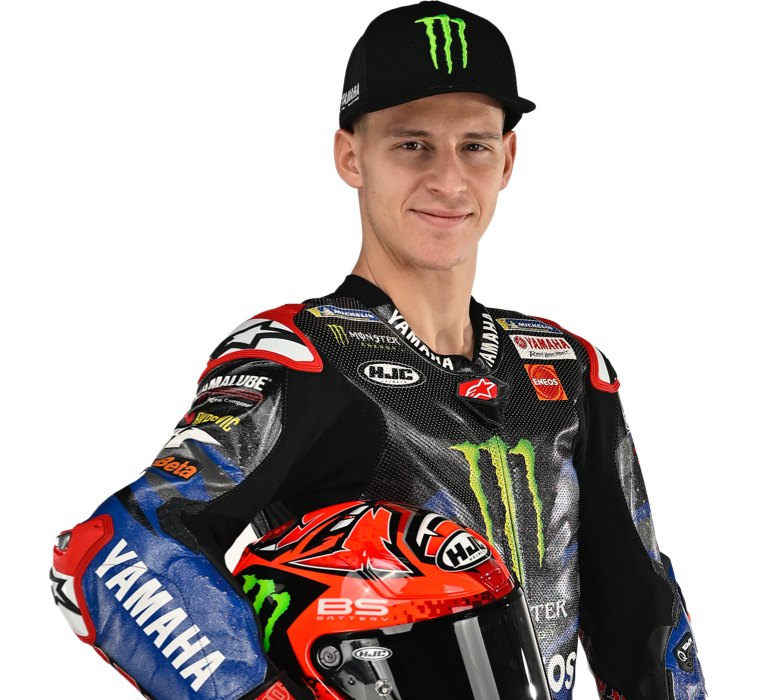