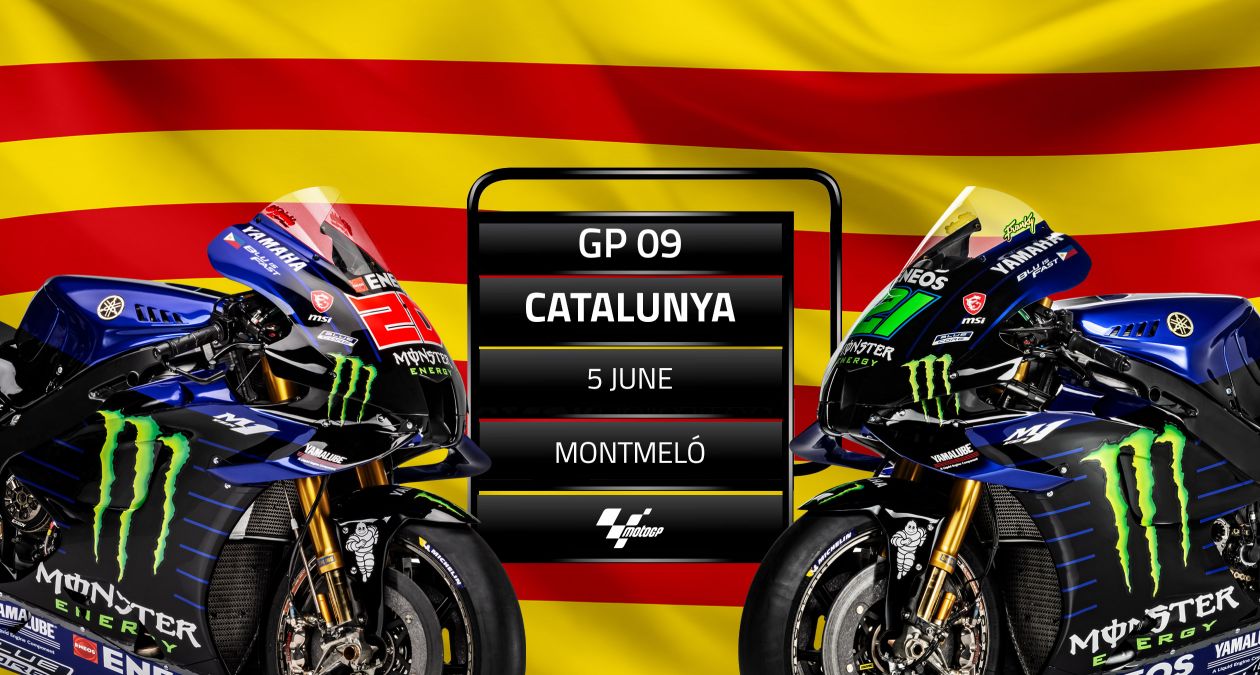 Quartararo arrives at the Catalunya track feeling euphoric from concluding a challenging race weekend with a second place on the podium and an extended championship lead. He held many rivals at bay in the Mugello arena, which he didn’t expect would be one of his stronger tracks this year. This gives him high hopes for Montmeló the coming weekend, a circuit where he and his Yamaha excel.

The Frenchman has had his fair share of success at the Catalan GP. He secured a win there in 2018 in the Moto2 class, followed this up with a second place in the premier class in 2019, and added a MotoGP win in 2020. He aims to pay the podium another visit this weekend.

Morbidelli made a step in terms of performance at the Italian GP weekend and is eager to find out if he can confirm these positive feelings in Barcelona. He plans to keep working on finding a solid base set-up and intends to collect valuable points for the championship this weekend. He currently holds 19th place in the standings, with 19 points in total.

The Italian hasn’t scored a top-3 finish at Catalunya yet in the MotoGP class but came close in 2020 when he finished fourth. However, the rider’s main priority for this weekend is to find a good setting with the bike, ride a strong race, and build confidence.

Work to create the Circuit de Barcelona-Catalunya began in 1989. Two years later the track was opened, and it soon became a crowd favourite after hosting its first MotoGP race in 1992. With an exciting 4.6km lay-out consisting of 14 corners (six left, eight right), the Catalan round is known to produce thrilling races.

Those who wish to get to know the circuit better can check out this week’s MotoGP eSport video.

Last weekend’s podium was a fantastic result from the team. That achievement at Mugello, which is a difficult track for us, was significant. It was a great boost in morale ahead of an important weekend for us and our title sponsor Monster Energy. We are usually quite competitive in Catalunya. This circuit matches our bike’s strong points much better. We think we have good potential here this weekend.

I’m looking forward to riding in Catalunya. We left Mugello in a better shape than expected, so that means we have good potential this weekend. I like Montmeló. It’s usually a good circuit for me, so I will be trying to get another podium again and maybe even a win. We will do our best!

We made a step in Mugello. The feeling in general improved, but the result was not what we wanted. We’re getting closer, but we are still too far from the top. This weekend we’re going to try to make another step again. We’ll keep working on understanding what does and doesn’t work for us and also compare our findings from Mugello with the data we’ll collect in Barcelona. For sure, we will be pushing again here this weekend.
MotoGP eSport Video | Catalan GP