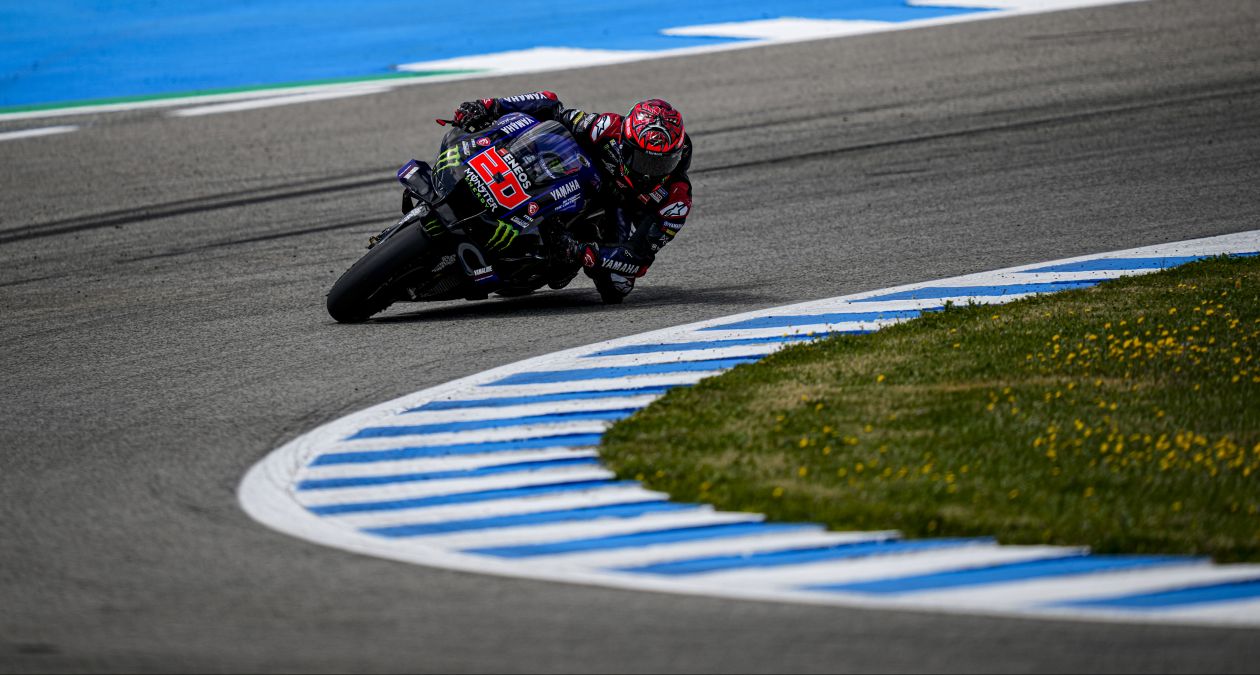 Yamaha had prepared a new front fender and a new swingarm for both riders to try. Besides that, the duo also tried the bigger Brembo disks and some setting updates they couldn’t try during the Spanish GP race weekend.

Quartararo was greatly motivated to get back into action, knowing he had various items and settings to put to the test today. He was the first rider out on track as the clock hit 10:00 and ran a total of 78 laps throughout the day as he completed his carefully though-out testing plan. He secured third place with a 1’37.438s, 0.302s from the top.

Morbidelli was looking to confirm the good feeling he got from the new setting he found during Warm Up yesterday. The Italian showed his determination, getting a total of 83 laps in over the entire session. His fastest time, a 1’38.077s put him 17th place in the overall timesheets, 0.941s from first.

The Monster Energy Yamaha MotoGP Team will be back in action in two weeks’ time for the Grand Prix of France.

We didn’t have a very full-on schedule for today, but we did receive some items to try. We got some little updates, one of them being the rear arm, which gave them a bit of a better feeling. We tried a new front fender, mainly with the aim to cool down water and oil for hotter races. We also tested the bigger front disk from Brembo, which we never had the opportunity to try before, in preparation for circuits that are harder on the brakes. And then, as usual, we tried to improve the settings little by little. I think that the results are not bad. We collected good information, and in a small way we started preparing for the French GP.

I tried a new front fender, swingarm, and the bigger Brembo disk. I tried the swingarm twice, back to back, so that took quite a lot of time. We also tried the setting of last year here, and that was it. It looks like the new swing arm is a little bit better when you look at the numbers, but the feeling is more or less the same. We will start Le Mans with the standard one, but if we are in doubt about rear grip, we will keep this one in mind to try. We basically tried the disks to prepare for the racetracks that are harder on the brakes, like Austria and Motegi. I never used these disks before, and the feeling is a bit different, so it was good to get used to it here. I adapted to it quite fast.

We did many laps. We tried different things on the bike, and we tried different items. We ran through the testing programme and we completed it. The day went pretty smoothly. We tried some good things in the test that we will try to bring to Le Mans. Hopefully they will also work there. I have tested the new swing arm and front fender as well. The new swing arm has good potential, and the front fender also feels good. The main area that we will continue to work on is braking.