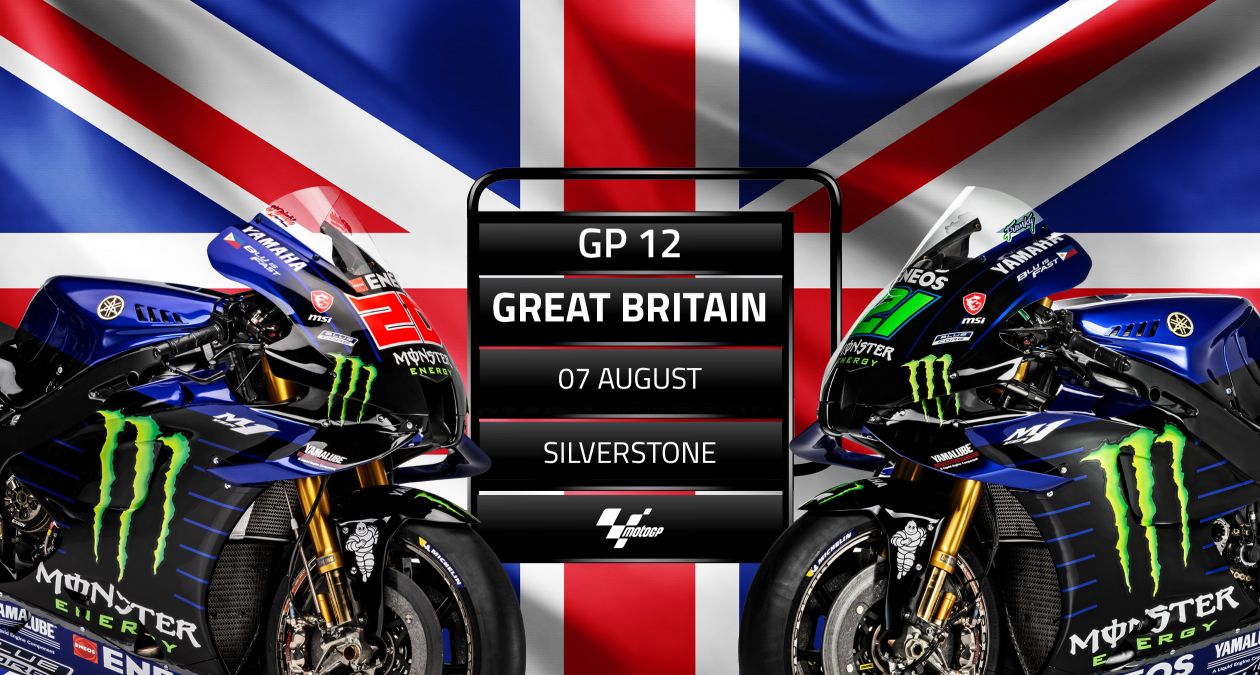 Quartararo arrives in the UK holding first place in the championship standings, with a 21-point advantage over his closest rival. Though the Yamaha man knows he will have to complete a long-lap penalty during Sunday’s race (handed to him by the FIM MotoGP Stewards panel following a race incident involving Aleix Espargaró in Round 11 at the TT Circuit Assen), he is determined to extend his championship lead.

The Frenchman really enjoys riding the Silverstone Circuit as underlined by last year’s victory at the Monster Energy sponsored event.

Morbidelli is looking forward to stepping aboard his YZR-M1 again. After five weeks of relaxing but also training, he is ready to start the next chapter of his 2022 campaign. He is currently 19th with 25 points and on the hunt for some serious championship points.

The Italian knows the Silverstone Circuit well, having secured second place in Moto2 in 2016 and third place in the same class in 2017. This experience will come in useful as he sets out this weekend for the first time since 2019 (there was no British GP in 2020 due to the pandemic, and he missed the 2021 edition due to a knee injury).

Silverstone was added to the MotoGP calendar in 2010 but has a racing history of over sixty years. Thanks to innovations and investments, the circuit became one of the fastest tracks on the calendar and has earned high praise from the riders.

Those who wish to be reminded of the track’s lay-out can do so by watching this week’s MotoGP eSport race video.

We are excited to start the second half of the season. The British round is even more special to our team because we share our title sponsor with the event, so that makes us even more intent on starting the second leg of the season in the best way possible. Fabio, Franky, and all the team staff have been able to get some rest and also prepare for the busy next three months. The championship is very close, so we can’t leave a stone unturned!

I’m happy to start riding again. I used the summer break to get some rest, but I also put in a lot of hours of training. My mind was always still on returning to action in the best shape possible. I am really looking forward to Silverstone - I won there last year. This time will be tricky because we know that we have that long-lap penalty… But if I’m really honest, that only motivates me to do even better.

After a long break, we finally start riding again! It’s been three years for me since I rode at the British Grand Prix. We are aiming for better results in this second part of the season, and I feel ready to push and score some good results.
MotoGP eSport Video | British GP