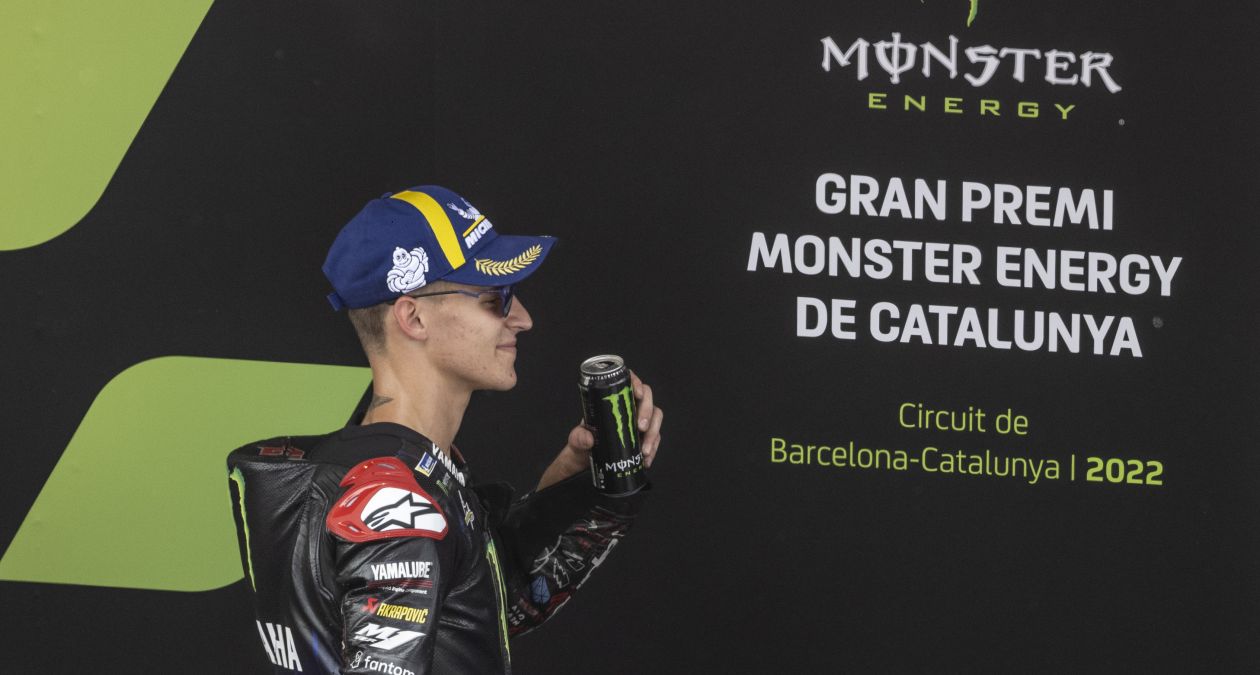 Quartararo to Tackle Catalan GP Competing from P3 on the Grid

Quartararo showed his intentions right from the start of Q2. He clocked a 1’39.055s opening lap that put him in provisional first position. But with 0.087s between him and second place, he knew he had to keep pushing. Unable to improve on his next try, the competition was getting closer. El Diablo was holding on to provisional pole by 0.010s as he entered pit lane.

After having had a set of fresh tyres fitted, the Frenchman returned to the track with four and a half minutes of the shoot-out remaining. By the time he was in the third sector of his next hot lap, he was in third place, 0.313s from pole. He narrowed the gap to 0.217s with a 1’38.959s and kept pushing on his final try, but he ultimately had to settle for third.

Though he made a step in FP3 in the morning, Morbidelli still found himself outside the top 10. But after a positive FP4 session, he was raring to go for Q1. His 1’43.400s benchmark time put him in fifth position. His second hot lap, a 1’39.884s, moved him briefly up to second place, but it wasn’t to last, so he quickly headed back to the box after his next try.

With just over six minutes remaining, the Italian was the first rider to start his second run. He was looking to bridge the 0.275s gap to second place at the time. His first lap on the new tyres looked promising, with two personal best sectors, but he ultimately didn’t better himself. The Italian regrouped on the next lap and tried to push on his final attempt but was unable to improve. He ended the session in 8th place, 0.668s from first and will start the race from P18.

We have mixed feelings about today’s results. Fabio made an important step compared to yesterday. The team was able to improve the lack of grip he suffered from during FP1 and FP2. The track conditions improved as well, and to be on the first row is the result of this combination. The pace he showed in both FP3 and FP4 looks promising for tomorrow. We had hoped for a place further towards the front of the grid for Franky. He improved by more than 0.6s this morning compared to his best Friday time, but unfortunately it was not enough to be in Q2, and he wasn’t able to make it through Q1. Starting from 18th will make his race difficult. But his race pace is actually quite good, so he might be able to use that to his advantage. Looking at the results so far weekend, we’re expecting a tough race.

I felt relief on my second lap of FP3. I set a 1'40.1s whilst riding with a lot of fuel. That was similar to my best lap the day before. I was riding with the new medium tyre in the morning. I was pretty impressed being able to do high-1'39s and low-1'40s over 12 laps, and I was very happy. Of course, FP4 was different. I was riding with the hard tyre, and I didn't like it as much. I prefer all medium, and the feeling is not that bad. I think that I'm not looking so bad for tomorrow. I'm feeling super good on the bike, like yesterday, but just with more grip than we had in FP2 and FP1. Let's see what we can do. I'll try to play my cards right. It would be great to fight for the podium tomorrow, and I think we can do it and have a great fight.

When the grip levels get higher, I start to struggle. When the tyre is old or a race tyre, I feel good, but with a new tyre I struggle. This is clear. We’re going to have to keep digging deep to extract potential from the bike also with new tyres. I'm going to start from far behind, and we know how tough that is, but the race conditions should in theory suit my riding style better according to what we saw today. I hope that will be the case also tomorrow, but anyway, I want to make a step with the new tyre.