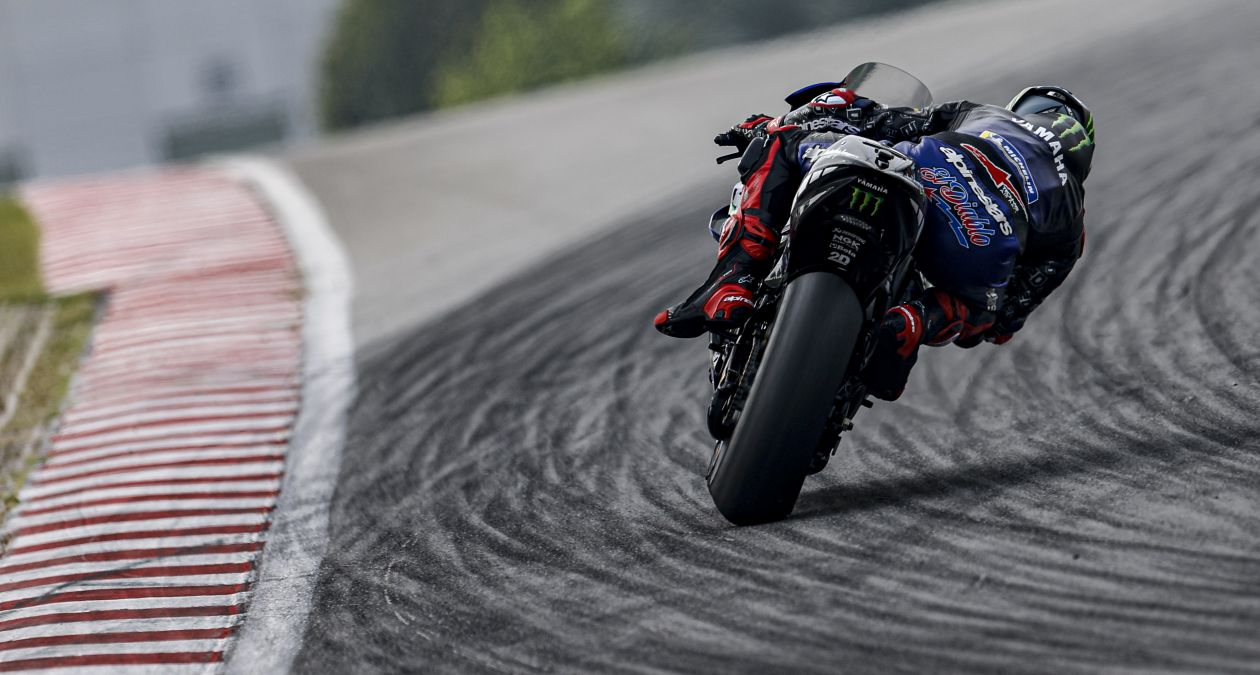 Quartararo had hoped to get more laps in at the Sepang circuit, but various sudden rain showers altered his schedule. Still, the Frenchman was able to conclude the first official 2022 IRTA test with a good feeling. His best time of 1'58.313s, set in the dry on lap 12 of 54, put him in seventh place, 0.182s from first.

After a solid first day of testing, Morbidelli was motivated to resume his work on getting back the feeling with the bike. He didn't take long to improve on his time from yesterday, bettering it by 0.742s on only his eighth lap of the day. As with his teammate, rain disrupted the testing plans but he still got some wet laps in. He ended the day in 24th place with a 1.234s margin to the top.

First of all, it was great to be back on track. Especially here, after two years. But I have to say that two days of testing, after the riders not having touched the bike for two months, was probably not enough. Luckily, we are now moving on to Indonesia, where for sure the test will be more productive. We spent the first day getting the riders back up to the speed they were on before the winter stop and having them get back their confidence on the bike. This second day was the most important one. It’s impossible to make a solid decision already, because we need to test all the items at another track. Luckily, we have the Mandalika Test next week. We tried two chassis specs and different aerodynamic items. We are now going to analyse and study all the information we gathered and compare it with the feedback of the riders. In Mandalika we will try to confirm everything, and there is where we will make our final decision on how we will start the season.

I’m really happy about my pace. Unfortunately, I kept two tyres to do a time attack, and then it was raining. But this morning I did a great lap! I’m quite happy because I came from a really old rear tyre, and let’s say that the gap between them was too big. I couldn’t really take the benefit from the new rear tyre, but I’m super happy. I think that we have some margin on one lap, and I think it was a good test. We can be satisfied. In Mandalika we will test again what we have tried at this test, and we’ll see if there are any positive outcomes.

We made good steps also today. We wanted to improve on new tyres, and we did that. We wanted to improve our pace, and we did that too. Unfortunately, we were not able to do the time attack, because in our programme it was scheduled in the late afternoon, but with the rain it wasn’t possible to do it. The feeling is getting better and better. Every time it’s getting better with the bike. We’re setting it up well to be fast and consistent. There is this time attack doubt that I wanted to take away. Unfortunately, we will have to wait until Indonesia for that, but so far, so good. I’m quite happy.