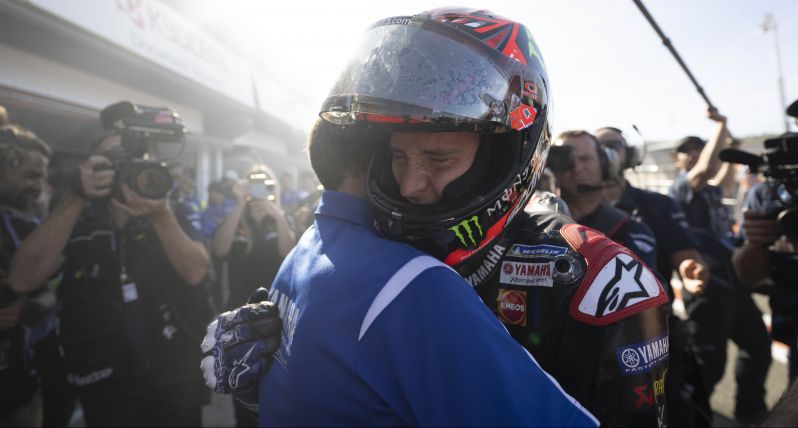 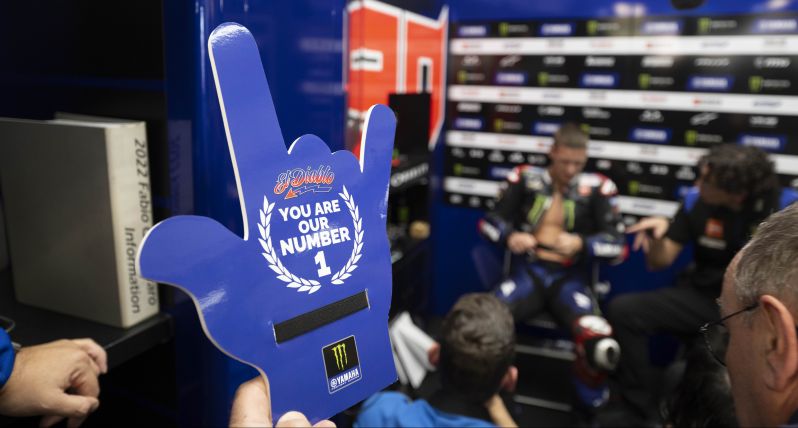 Right from the first GP in Qatar, it was clear that it would not be an easy season for the Factory Yamaha Team. But despite the challenge, Quartararo was already on the podium at the second round. He rode to second place at a wet Indonesian GP, under conditions he had struggled in during previous seasons. His next podium came at the Portuguese GP two rounds later where he secured a dominant win with a 4.809s gap to second place. It was the start of a new chapter.

From the Portuguese GP onwards, Quartararo was leading the championship and went from strength to strength securing second at the Spanish GP, second at the Italian GP, a stunning win at the Catalan GP (right after confirming his two-year contract extension with the Factory Yamaha team), and another win at the German GP despite feeling ill. At the time he had a 22-point advantage in the championship and had established himself as the man to beat.

However, the Dutch GP, the last race before the summer break, became a turning point. A race incident that prevented him from scoring points was followed by a long-lap penalty to be served in the British GP after the summer break. Yamaha stood by Quartararo, issuing an official statement two days after the Dutch GP, but it was to no avail.

The long-lap penalty at the British GP effectively spoiled Quartararo’s chances of landing a podium on English soil, but El Diablo bounced back at the Austrian GP. He fought like a lion and delivered one of his best races to date to secure second place. He again demonstrated podium pace at the next two rounds, but they didn’t materialise.

The Aragon GP was the start of an unlucky streak. An unavoidable collision with another rider ended Quartararo’s race on the first lap and his lead in the championship decreased significantly. Though he clawed back some points in the Japanese GP, he lost too many with two non-scoring weeks at the Thai and Australian GP to hold on to the lead. He went into the Malaysian GP with a 14-point deficit. The number-20 rider showed great determination riding from P12 on the grid to a strong third place, but it was not enough in the end.

Heading into the Valencia GP 23 points in arrears meant the odds were against the Frenchman to secure his second World Title in a row. Nevertheless, he once again showed nothing but 100% dedication and made all Yamaha staff and Yamaha fans worldwide proud as he fought until the very end. The 2021 MotoGP World Champion secured fourth in a brave race, which ultimately saw him finish second in the overall standings, with 248 points, 17 points from first.

Quartararo may be the 2022 MotoGP Vice Champion, but having led the championship for 12 rounds, securing 3 GP wins, and 8 podiums during a challenging and highly competitive season, he is “our number 1” in the eyes of all Yamaha staff.

On behalf of everybody from Yamaha Motor Co., Ltd., Yamaha Motor Racing, and the Monster Energy Yamaha MotoGP Team, I would like to take this opportunity to congratulate Fabio with his superb finish in second position this season. Every year brings its own unique challenges, but we knew from the start of this season that it would be a very tough campaign considering the strength of our competitors. We raced 20 rounds on every type of circuit under every weather condition we could imagine. Fabio did an amazing job – always extracting the maximum potential from our machine. Millions of MotoGP fans witnessed him battle for podiums and GP wins, sometimes dominantly, other times against the odds. What they didn’t get to see is the amount of work he also put in behind the scenes, all the while maintaining his characteristic sunny disposition. We would have loved nothing more than for him to have been able to retain his World Champion status but finally, at the very last race of the year, the odds were stacked against him and he had to settle for the Vice-Champion result for 2022. Yamaha is totally committed to developing our bike and technology to allow us to challenge for the title again next season.

In closing, I want to personally express my sincere thanks to Fabio for his relentless work ethic, his enthusiasm for racing, his positive team spirit, and the joy he brings to MotoGP fans all around the world.