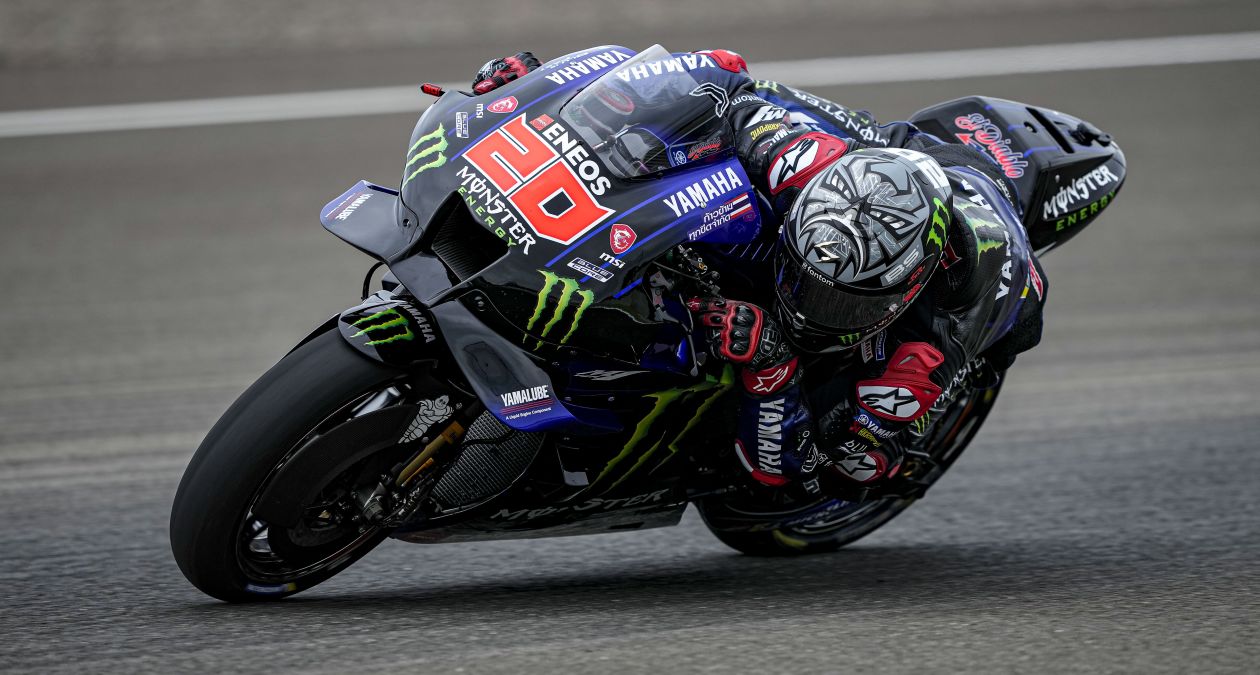 Like yesterday, Quartararo was quick to find a good rhythm and by 11:00 local time he had set a 1’31.820s, which put him in second place provisionally. He held the position for the majority of the session until the pace quickened in the final hour. He responded with a 1’31.564s lap, set on 66/68, to end the day in fourth place in the Day 2 and combined results, 0.275s from first.

After a solid first day of testing, Morbidelli was fully motivated to get back to work this morning. He stayed completely focused during an intensive session, aiming to further improve his feeling with the bike. It paid off. He posted a solid 1’31.849s on lap 63/64, which put him in 12th in the Day 2 and combined timesheets, with a 0.560s margin to first.

Pre-season testing is hard work, but today we had fun. I'm feeling really happy on used tyres, which is something I didn't expect to be that good. Our pace is really strong! But with the soft tyre I'm not feeling so good. The lap time is not so bad, but we need to improve on the time attack. We have one more day of testing tomorrow, and I think we will do a kind of race simulation, a short one. But we know the race pace is there, so I want to focus more on the time attacks. But overall, I feel quite happy.

We are improving step by step. Today I had the chance to do my first time attack of the year. I definitely felt some rust, but it's good to do it and see even clearer where the bike needs to improve. During a time attack the problems are magnified. It was definitely a good day, we improved again, and then we did a time attack, like I said, to know where we still need to improve. There are some changes that we can make to improve the feeling, which is not bad at the moment, but it's also not great. You need to have a great feeling with the bike in this category to be at the front. That's what we will try to do.