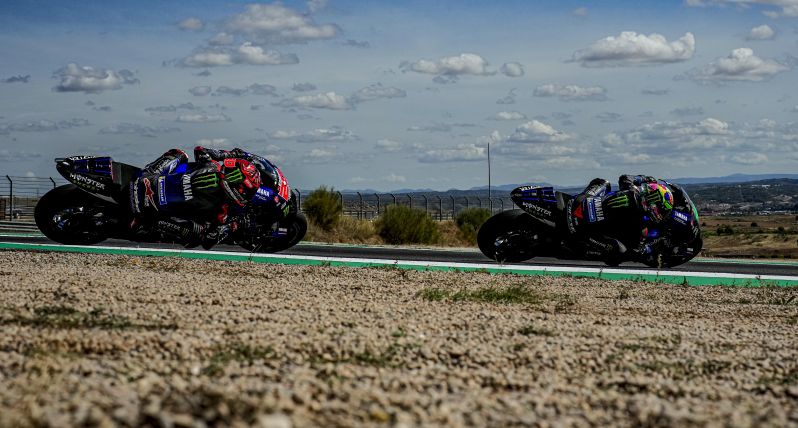 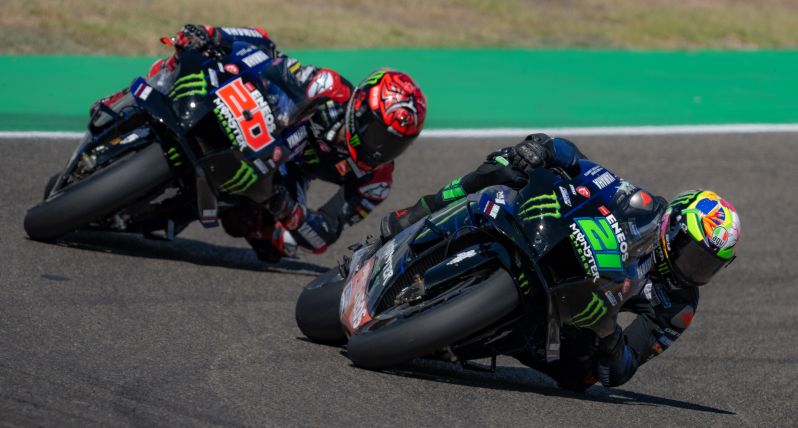 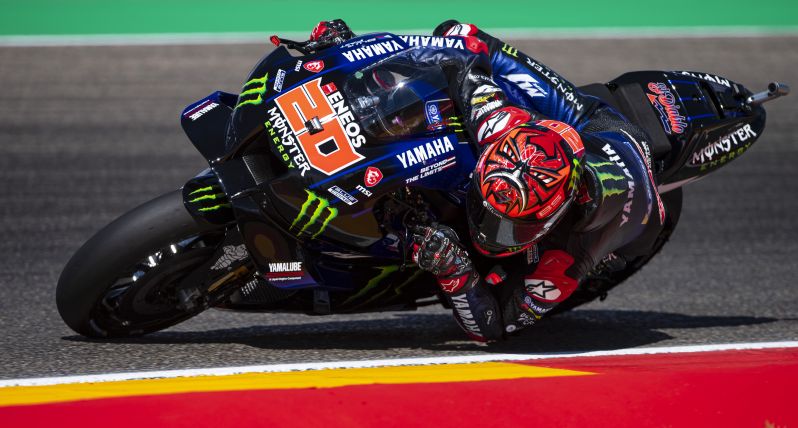 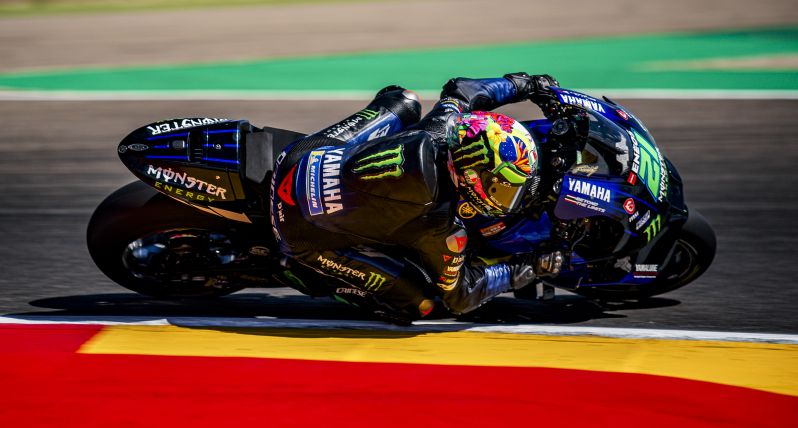 Quartararo was eager to step back aboard his YZR-M1 this morning to try the new chassis and some setting options he explored during the Misano Test in a different environment. The Aragon track makes for a good testing ground. Although he didn't put in a time-attack, his best time of the morning, a 1’49.085s set on lap 5/20, kept him in eighth place, 0.399s from first.

In the afternoon, El Diablo showed his real pace early on in the session. A 1’47.873s set on only his fourth lap put him in third place for most of FP2. It wasn’t until the time attack about seven minutes before the end of the session that the Frenchman had to buckle up again. He put his Yamaha to the test, setting red sectors. His 1’47.476s benchmark lap on the soft rear tyre ever so briefly put him in first place. He kept pushing but didn’t improve on the time he had set on lap 16/18. But he still finished in second place in the Friday timesheets, with a 0.074s gap to first.

Morbidelli set out in the morning with the goal to find a good set-up for his Yamaha early on in the weekend. However, there were also quite a few Misano Testing items to go over, so the Italian had to balance priorities. He opted for getting the data gathering done first and then move on to setting a fast lap. His best time of the session, a 1’49.088s, set on lap 12/14, earned him ninth place, with a 0.402s margin to the top.

The number-21 rider put in a good number of laps in the afternoon working on improving his overall performance. By Run 3 he shifted his attention to the mini time attack. By clocking a 1’48.002s on lap 15/17 he originally moved up to 12th place. But with the times being incredibly close in MotoGP today, he was holding 14th position in the FP2 and combined FP results by the end of the session, 0.600s from first.

We are feeling satisfied after today’s practice sessions. With Aragon being a difficult track for us, we suffered from a lack of grip provided by the tarmac this morning, but in the afternoon the conditions got partially better, and we were able to obtain good pace and do a decent time attack. We also positively evaluated a new chassis, the one tested for the first time at the Misano Test. Both riders’ fastest laps have been set with this chassis. Already thinking about next year, these possibilities to test 2023 items are a step in the right direction. We already have an idea of which race tyre specification we will use on Sunday, but it’s still early on in the GP. We know the entire MotoGP field is competitive here, so we are only focused on improving our performance without getting ahead of ourselves.

In the practice sessions, it's always different than during a test, but I'm feeling good and I'm feeling confident. Let's see what it will be like in the race. I feel like our pace is great, it's strong, and hopefully we can manage to have a great day also tomorrow. I tried the new chassis this morning and this afternoon, back to back. I made my fastest lap today with the new chassis, but I knew that both chassis are working well, so we had a great pace on both today.

The new chassis was positive. It has some benefits that I like, both in Misano and Aragon, so I think we will keep using it this weekend. It makes the bike easier to turn and quicker, that's important. It allows me to turn a bit better in the corner. This morning I was feeling really good, and I was able to get into the top 10 with used tyres. I had a decent feeling, there was a margin to improve in many areas. But this afternoon, something changed. The feeling was worse, and I couldn't do anything in the time attack. Thanks to the soft tyre, I improved, but it's not the lap time we know we're capable of.