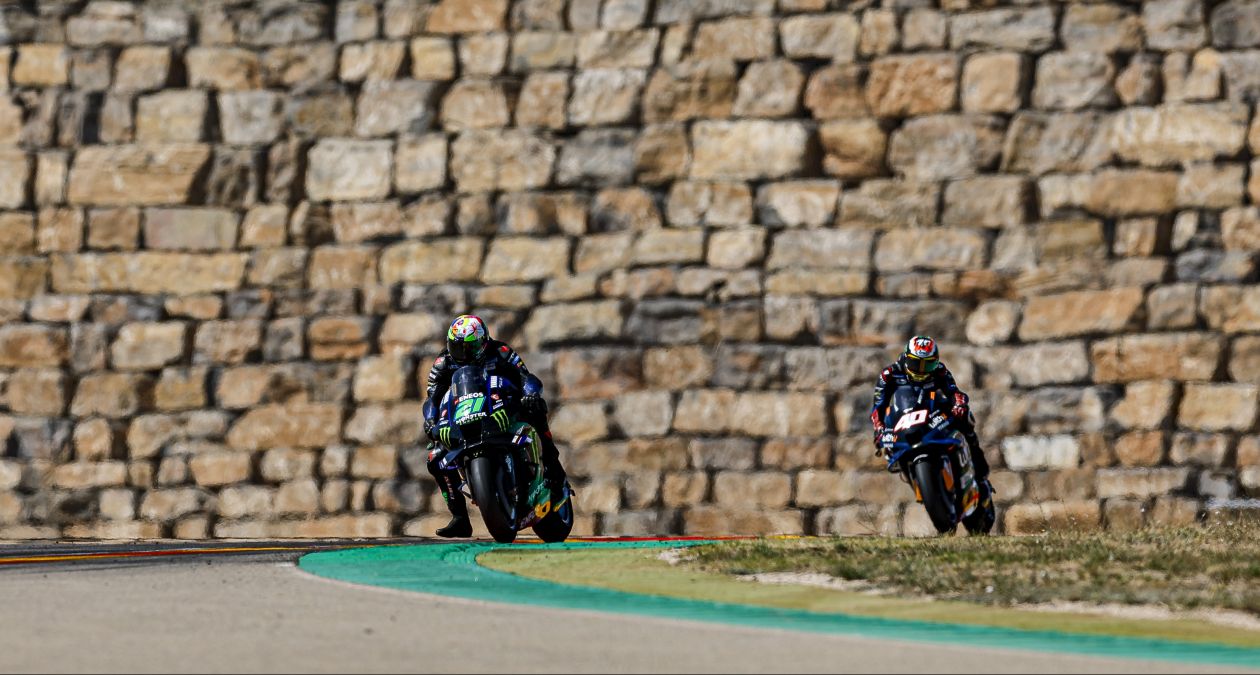 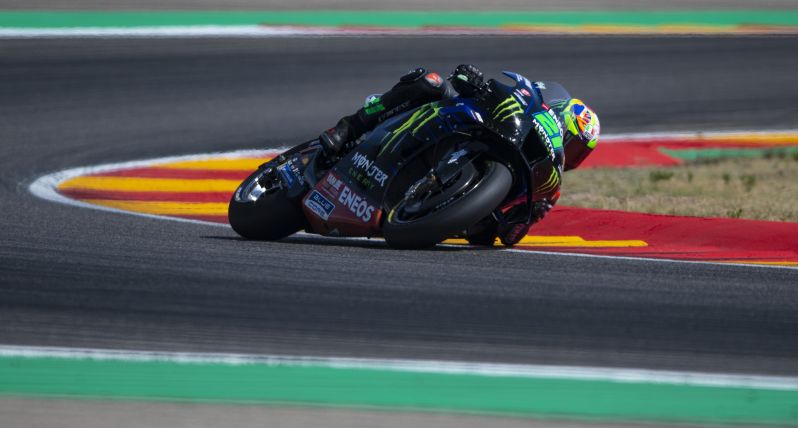 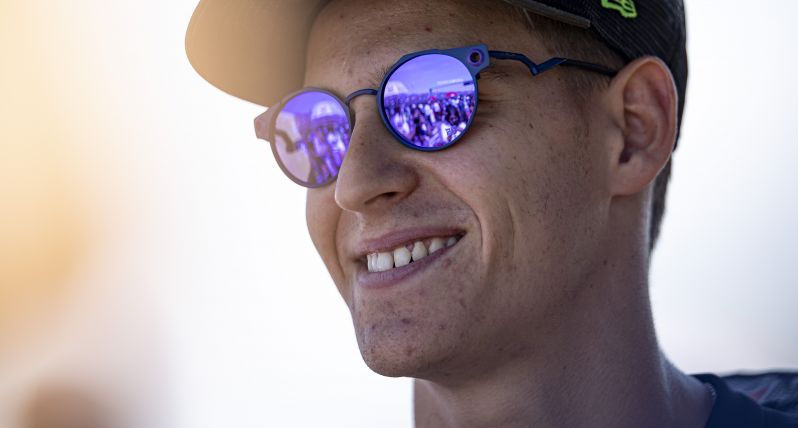 Monster Energy Yamaha MotoGP’s Franco Morbidelli struggled to find a good pace in the Gran Premio de Aragón but kept at it. He finished the race in P17. The team collectively gasped as they watched Fabio Quartararo slide down the track in the first lap after running into the back of a rival coming out of Turn 3. The unavoidable incident did end the Yamaha man’s race but thankfully left him with no severe injuries other than abrasions on his chest and some bruises.
Alcañiz (Spain), 18th September 2022
The Gran Premio de Aragón was a weekend to forget for the Monster Energy Yamaha MotoGP Team. With Franco Morbidelli unable to climb higher up the order than 17th place and Fabio Quartararo involved in a high-speed collision and the first lap, the team look forward to better fortunes in Japan.

Morbidelli started the race from 20th place, but the opening lap was filled with chaos. The Italian was in last place after the first lap but kept his head down and his persistence paid off. With ten laps to go, he recovered two positions. He held 18th until the final stages of the race, when he gained one more place. He crossed the finish line in 17th, 30.422s from first.

Quartararo had a good start from P6 on the grid and slotted into seventh place after the first corner. But drama unfolded soon after in Turn 3. Marc Marquez had a wobble right in front of the number-20 Yamaha, and with no way to avoid his rival, El Diablo ran into the back of him and crashed at high speed. Despite the high impact in the middle of the pack, Quartararo was not clipped by any rider but did get struck by his own bike as it tumbled down the tarmac, leaving him with abrasions on his chest.

After today’s race, Quartararo’s lead in the championship standings is now 10 points, with a 211 points total, while Morbidelli remains in 19th with 26 points. After Round 15, Monster Energy Yamaha MotoGP keep hold of third in the Team championship with 237 points, and Yamaha go to third with 213 points in the Constructor championship.

The team congratulates Ducati on winning the Constructor Title.

Quartararo and Morbidelli will be back in action next weekend for Round 16 of the 2022 MotoGP World Championship, held at the Mobility Resort Motegi in Japan.

It was a weekend to forget, and we can’t wait to leave it behind us. Fabio’s crash was at high speed. Our main priority is always our riders’ safety and wellbeing. While he’s battered and bruised, we’re relieved that he is relatively ok. It’s a real shame that his race ended up in this way, knowing the potential we had. Franky never had a good feeling this weekend. In the race he did manage to recover some positions, but for sure we wanted a better result for him than 17th place. In Motegi, we will try again with a fresh slate. Having races back-to-back, like we do now, is the best way to retaliate quickly.

For sure, the two accidents on the first lap that I encountered along the way didn't help. Starting 20th, those things can happen. Apart from that, my pace wasn't good. It was good enough to recover some positions, but we strived for much more than this. We tried something in the race to make me a bit faster in fast corners, but actually I didn't notice an improvement. I just focused on giving the maximum I could give. We will sit ourselves behind the PCs and try to find what I need to improve in fast corners, and then we'll try again in Japan.

I have no serious injuries. I have abrasions on my chest, and other than that I’m quite disappointed. I felt that we had the pace to fight for a great result, but unfortunately I crashed on the first lap. Some riders lost the rear, while others cut the line a little bit, and I just hit Marc from the back. It’s a big shame. I’ll try to sleep on my back the next few days, but I will for sure be racing in Japan!