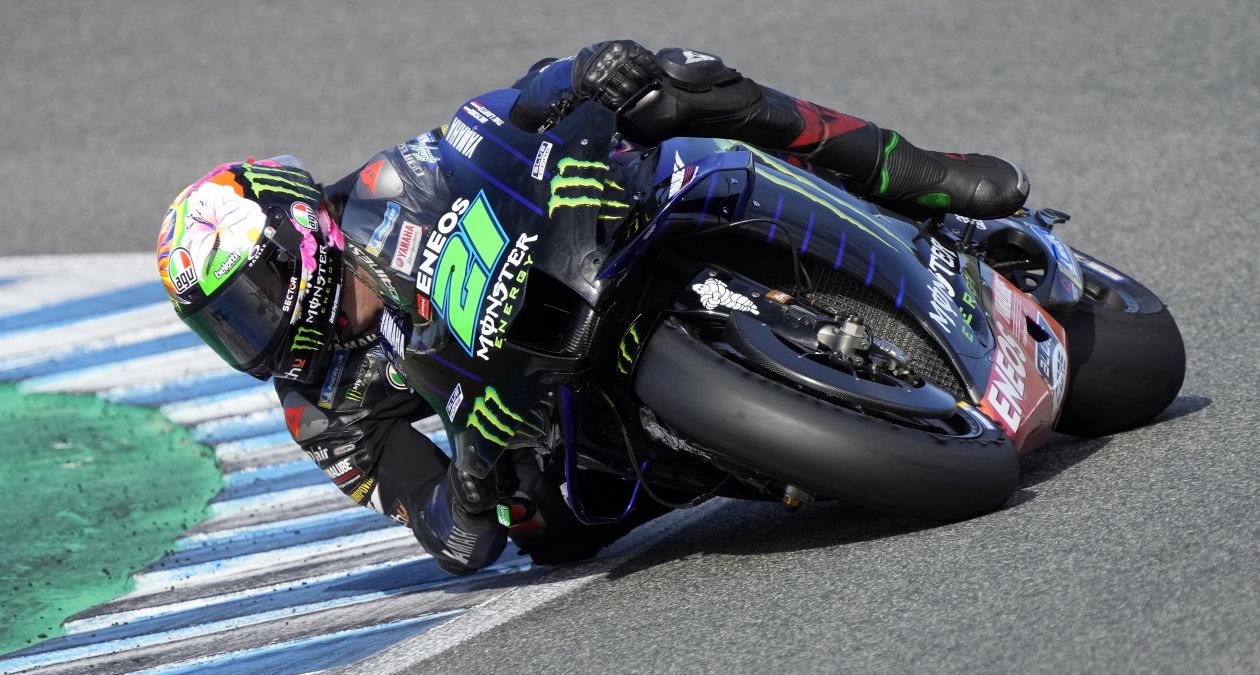 Pictures for editorial use only
Copyrights 2021 Yamaha Motor Racing Srl

Morbidelli followed up a positive Valencia GP weekend with a good first day of testing. It was an important track day for him because he started working directly with his new Crew Chief Patrick Primmer. He entered the track at half past 11, leaving him, in theory, with six and a half hours of testing time. The Italian used this opportunity to make his first kilometres with the 2022 prototype YZR-M1. The Yamaha-man suffered a small crash due to his leg injury but was unhurt and achieved competitive results. His best time, a 1’37.884s, set on lap 46/56, earned him seventh place, 0.571s from first.

Quartararo also commenced his time on track a little after 11 o’clock. Knowing how crucial the pre-season testing is to a good start of the championship, the Frenchman used the available hours to try to get reacquainted with the 2022 prototype bike that he had already tried at the Misano Test in September. His main goal for today was to improve turning. He posted a best time of 1’38.020s on lap 34/73, which put him in ninth position, 0.707s from the top.

I like the 2022 spec. I don’t have a lot of experience on the 2021 bike, but when I jumped on the 2022 bike, I felt the improvements. I had a good feeling on it, and I kept working on it for some time. There were some good improvements, so I’m happy. I had a small crash in Turn 13. On the left-handers I still struggle to get into the right position early enough. Luckily the leg and everything else is okay. It was just a small crash. I’m having a bit of trouble with the leg here and also in Valencia. With two races and a test in a row, I don’t have enough time to recover. Right now, we need to see this not as a handicap but as a boost to set up the bike really well to allow me to ride it almost effortlessly so I have the chance to be faster even in the condition I’m in now. I think we made the right steps in Valencia and here, so I’m pretty happy with the job we’ve done. I’m not happy with my physical condition with the leg, but I need to take it as an opportunity to improve.

We tried the same prototype bike as we had at the Misano Test earlier this year. We also tried some other things: a new swingarm and anti-wheelie electronics. It was very similar to Misano. We need to do some more work; this is just the first step. Tomorrow we have another day of testing. We will try some more items and get everything prepared and ready, and then I hope we can make a big step in terms of speed in Sepang. Jerez is a good track to improve turning in low-speed corners and try out a chassis, not so much an engine, because the straights are too short. The 2021 base was really good, but we were just missing top speed and some aerodynamics. We have almost three months to work on this before Sepang.