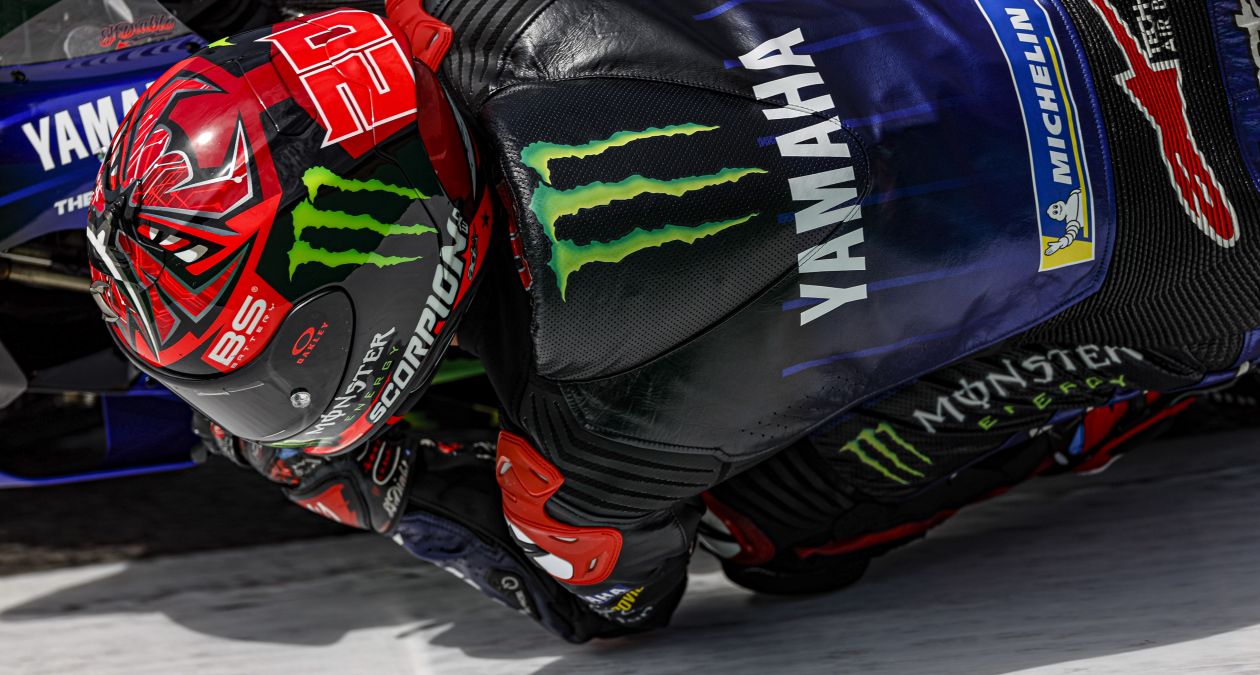 Monster Energy Yamaha MotoGP started the Gran Premio d'Italia Oakley, their home GP, with high motivation. However, it wasn't all smooth sailing on the first day at the Mugello Circuit. Fabio Quartararo and Franco Morbidelli secured 9th and 21st place respectively in the combined FP timesheets.
Scarperia (Italy), 27th May 2022
The Monster Energy Yamaha MotoGP Team are leaving no stone unturned at the Autodromo Internazionale del Mugello this weekend. They used the first two practice sessions to improve turning and try a new aerobody, securing 9th and 21st place respectively in the combined Friday timesheets.

Quartararo is known to like the fast and challenging Mugello circuit, and it showed. The 2021 Italian GP winner moved up to fifth in the first half of the morning session. He focused on improving his bike’s set-up in the second half and finished in 11th place. His fastest time, a 1’47.393s on lap 9/21, was 0.731s from the top.

El Diablo booked progress is the afternoon. The temperatures were rising while the times were dropping. However, the Frenchman remained cool as a cucumber. Though he struggled with turning, he spent the majority of the session firmly inside the top 10 and wrapped it up with a 1’46.519s on lap 18/19 for ninth place in the FP2 and combined FP timesheets, 0.628s from first.

Morbidelli was feeling good on home soil in FP1. His strategy was similar to his teammate’s, and he soon featured in the top 10 in the first 20 minutes of riding under the Italian sunshine, setting a 1’47.727 on lap 5/20. The pace quickened in the second half while he focused on race pace, leaving him 1.065s from first.

The home hero had hoped to make further strides in FP2. While he did manage to improve his time to a 1’47.468s on lap 19/20 in the sweltering heat, he didn’t improve in terms of placement. He ended the day in 20th place in the FP2 rankings and in 21st place in the combined FP timesheets, 1.577s from first.

There is no doubt that Mugello is one of the nicest circuits on the calendar, but it looks like it’s not one of our strongest tracks this year. Having said that, today we mostly struggled in an area that we didn’t expect. However, I’m confident that we will be able to fix it in time for FP3. We lost some precious time comparing a new aerobody that we introduced today. Fabio was also unlucky that he ran into a yellow flag during what would probably have been his best lap. Franky focused on improving his riding today. His pace is better than the combined free practice results suggest, as he struggled during the time attack. We will try to help him improve this aspect for tomorrow. FP3 will be important for us. We have only one aim: to have both riders in Q2.

I was expecting this to be a tough weekend, but in a different way. I was struggling in the turning area. I was using too much of the track and going super wide. So, we have to work on a solution to turn a bit tighter. But the most important thing for today was to be in the top 10. Luckily, we are in ninth position, though I had expected more. We need to find this small thing that we're missing. I feel like we can make a big step, and I think it's possible to fight for the first two rows or even the front row.

Today it was a bit better on the straight and a bit worse with the down force. But I mainly focused on riding strong and riding well. It was a bit easier with used tyres. The pace is still far from the top but closer than we are in the time attack. When I did the time attack it was much harder for me to ride well. I need to concentrate better and ride better tomorrow. I hope it will be dry tomorrow so we can do a regular day.